The Colorful History of the London Underground Map

Comedian Jay Foreman takes a cheeky look at the history of the map for the London Underground, which is also known as the Tube, in a subterranean installment of his “Unfinished London” series.

The Tube Map is an icon of London, just like Big Ben the Tower of  London the London Eye and M&Ms World. It’s instantly recognisable  to locals and tourists alike known and loved and parodied all over the world.

The London Underground map has undergone many changes throughout its history due to the railway’s original private ownership, rivalries between the owners, and subsequent takeover by Charles Tyson Yerkes, a railroad tycoon man from Chicago with “American” ideas.

London’s underground Railways  could have been so much more useful and attracted so many more passengers if they were all run together  as a coordinated system. But it would take someone with a colossal  bank account to make that happen. Fortunately for Londoners, in  1902 that someone came along in the form of ambitious American  railway Tycoon Charles Tyson Yerkes …Charles’s very American idea  was to run a railway network a group of lines stretching in  all directions across the city where with one ticket, you could start your  journey on one line and end it on another. So he set up a company called  Underground Electric Railways of London Or UERL for short.

As the subway lines became unified, so did the maps. And like the map for the New York Subway, it was a war of artists and designers, each vying to create the definitive map. Technical draftsman Harry Beck finally got his chance to make his mark on the world.

In 1933, Harry Beck’s diagram officially  replaced Frank Stingemore’s map as the standard journey planner used on all leaflets and all posters  across the London Underground. Harry Beck had done it! But little did he know things were  about to go very very wrong for him.

And with that, Foreman’s map history continues in the next installment of “Unfinished London”. 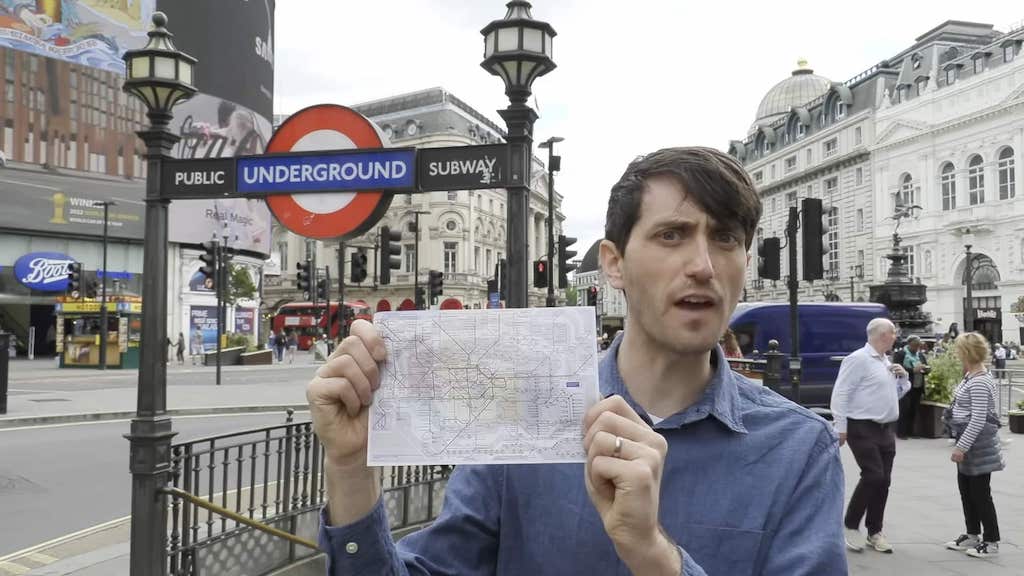